FutureLab is an online social learning platform that connects students, young professionals and aspiring entrepreneurs to global mentors around the world. It was registered by 3 companions, each with their own reasons to embark on this new journey. Here, in short snippets, are the stories of these founding entrepreneurs. 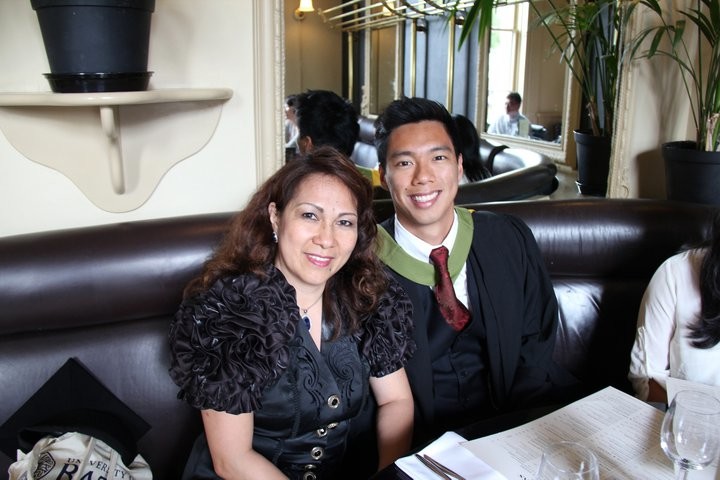 How does a Biochemist from the University of Bath end up as FutureLab’s CEO? Very simply, he realised that he did not want to spend the rest of his life stuck in a lab. This realization came after he finished a year researching a rare disease in Oxford University with an option to pursue his PhD after he graduated. Instead, he chose to complete his Msc in Management from Imperial College London. When he came back to Malaysia he managed to secure an interview with a management consultant firm, BCG. Unfortunately, what he had in enthusiasm, he lacked in experience, especially practical experience in case interviews of this nature. Needless to say, the interview did not go too well.

Instead of giving up, he tried to get help from many of his friends while driving his management consulting goal and practicing countless case studies. However, eventually his friends were unable to commit to the number of hours Brian was asking from them to improve his skill. Undaunted, in December 2012 he started using online forum (Lowyat forums) where he sought career advice. There, he met another forum user, Bone Dragon, who was in a similar situation, and after a few messages, they arranged to meet to help one another. Brian was nervous but found that experience and meeting ultimately very useful, leaving a lasting impression on him about his struggle and subsequent solution of connecting with someone to gain career insights.

Fast forward a few months, we find Brian working as a management consultant. He noticed numerous colleagues who were unhappy with their job, unsure about what they were looking for, and feeling trapped in their roles. He recalled his own job search experience where lack of accessible information was a barrier to making an informed decision. This led to him noticing among other things that a recurring theme was a knowledge gap between education and career.

As an experiment, Brian took the initiative by going back to Lowyat forums and posting an announcement that there were consultants from international management consultant companies who were coming to provide mentoring sessions. With the support of his two co-founders, 20 interested individuals turned up seeking advice to enter the management consulting industry. Some were fresh graduates, straight from university, whilst others were dissatisfied with their jobs, and all were looking for valuable advice. 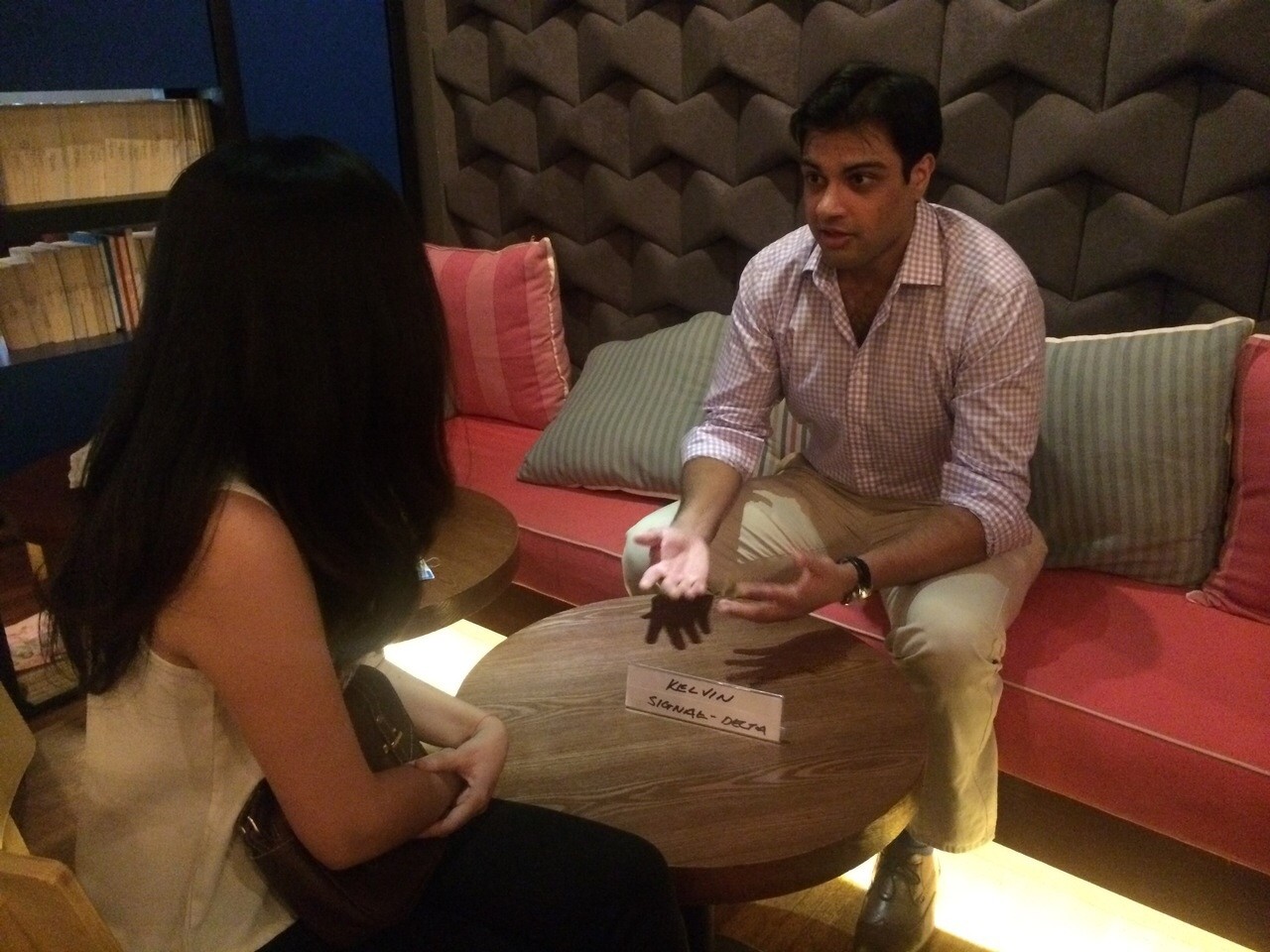 They left having learnt about major issues such as mismatched expectations and the importance of industry knowledge. This success led Brian to realize that this was a problem that needed to be addressed. Through repeating similar ventures for different industries – banking, marketing, information technology, and others – he also realized that this was an area that he had a passion for, that he wanted to be part of the solution to overcome this problem and work to expand career horizons for others. A mentor-mentee relationship was his solution for the knowledge gap problem and his vision was that soon, everyone across South East Asia will get to bridge their knowledge gap through FutureLab. 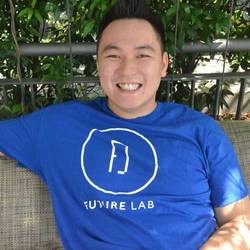 Fung has always wanted to make the world a better place. His belief is to create the greatest good in any way possible. Fung Wei pursued electrical engineering at the University of Southern California (USC). Where Brian described his experience as struggling to access the right information, Fung explained that he always relied on the advice of the older generation to make education and career decisions. He did not source information for himself, and went with the flow only to realise he did not enjoy electrical engineering. Worse yet, he realized that many of the things he had learnt in school were not transferable to his professional life.

He was already the CTO for GoGet.my, a low level mass market dispatch service start up when the idea for FutureLab was in the process of being solidified. In his time with GoGet, he was in charge of hiring people: fresh graduates and those with some work experience. It was during this time that his belief in the disconnect between education and career was reinforced. He found that many non-graduates performed better than graduates during the interview. Motivated by awareness of this disconnect, Fung took the lessons he learnt during his GoGet journey on scalability and integrated them with his desire to make the world a better place.

His goal was to create more opportunity by creating a service that allowed for real knowledge sharing and collaboration to take place. This was designed into FutureLab by making it digital giving the enterprise the reach to connect as many people as possible. This allowed FutureLab’s reach to potentially go global, bringing to life a powerful online social networking channel to connect people. 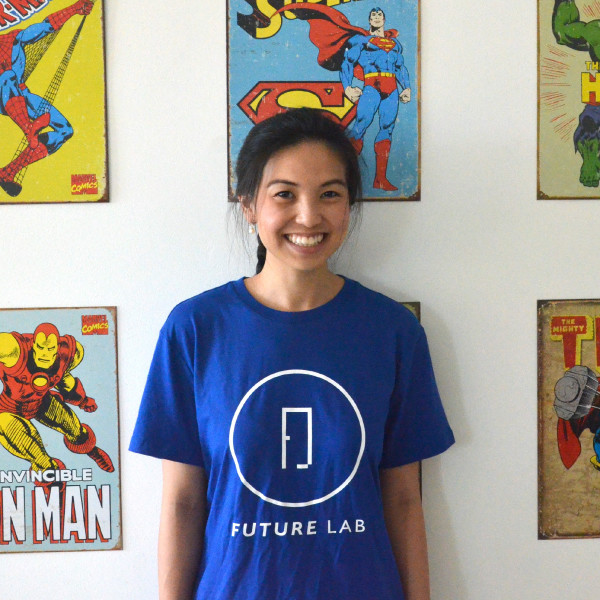 Clarissa is a Psychology & Law graduate from The University of British Columbia in Vancouver, Canada. She frequently visited California to be with Fung and her community of friends to escape the cold Canadian winters. Much like Fung Wei, she had always relied on her community of friends, family, and mentors to make life decisions, be it for education, career or even relationships. She shared that her community is extremely important to her and growing up with a single mother, she credits their livelihood to them. Particularly close friends, Brian, Fung Wei and herself spent many of their summer holidays together dreaming about their hopes for their future. Even though they always discussed eventually starting a venture together, she never thought it would be a similar experience of discontentment and dissatisfaction with their careers that would bring them together to create FutureLab.

Clarissa’s deep rooted belief is that institutional education has a greater purpose than what most people understand; a documentation of an individual’s past to determine their value in the present and future.  To her, education is a means to transfer beliefs and ideals and this should take place in a truly human way; through being a part of a safe community where people can learn and grow secure in the trust and faith of others who truly care about each other. She firmly believes that life is too short to be doing something you do not love and believe in. This belief led her to found EPIC DNA  where she works to help people develop their potential and where she also has a community that supports her growth and development. Her aspiration is to see FutureLab giving that support to everyone on the platform with the goal of enabling them to take charge and create a career that they love.